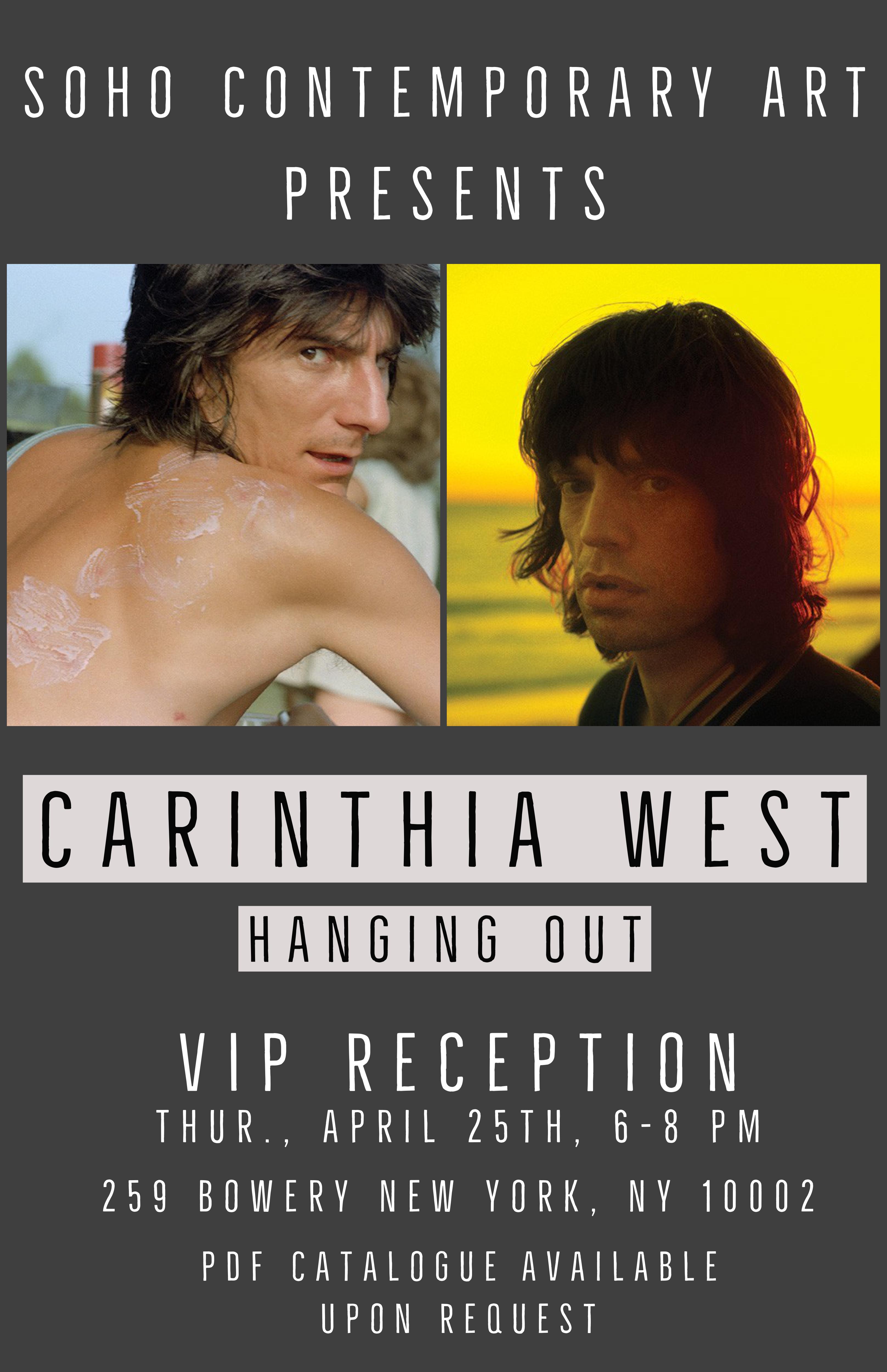 This April, Soho Contemporary Art is pleased to present works by photographer Carinthia West in her exclusive New York debut. Carinthia has exhibited her photos in London, Los Angeles, San Francisco, Chicago, The Channel Islands and Marrakech. Her black and white stills of Pink Floyd’s inflatable pig (‘Animals’ album 1977) are currently featured in Pink Floyd’s touring exhibition, ‘Their Mortal Remains’, and her work has appeared in documentaries such as Robin Williams ‘Come Inside My Mind’ and the Rolling Stones’ ‘Crossfire Hurricane’.

‘Hanging Out’ celebrates Carinthia West’s youthful exploits with the Rock ‘n’ Roll legends of the 70’s and 80’s. Documenting her friendships and travels with her trusty Canon, long before the age of digital, West captured the essence of those decades with lightheartedness and honesty. As a writer, journalist, model, and actress, Carinthia drew on her upbringing and social connections to inspire every facet of her work. Thanks to her father, Sir Michael or “The Dancing General” as he was known during his NATO tenure in Washington, D.C., she developed a love of art and music, which she carried with her throughout her professional endeavors.

In this exhibition, she strips back the glamour of makeup and magazines, photographing stars with rare intimacy.  One gets to know the landscape of London, France, and L.A. as she experienced it alongside the revolutionary artists of the day. Through Carinthia’s photography, the viewer becomes friends with Mick Jagger, Carly Simon, Helen Mirren, Anjelica Huston, Eric Idle, Ronnie Wood, Cissy Spacek and Shelley Duvall, all the while growing familiar with West’s own life and passions. Her own documentary, also titled ‘Hanging Out’, is currently in production and will chronicle her time as  photographer and friend to the stars of the 1970’s. As Ronnie Wood says, “Carinthia was taking pictures while we were getting on with life.”